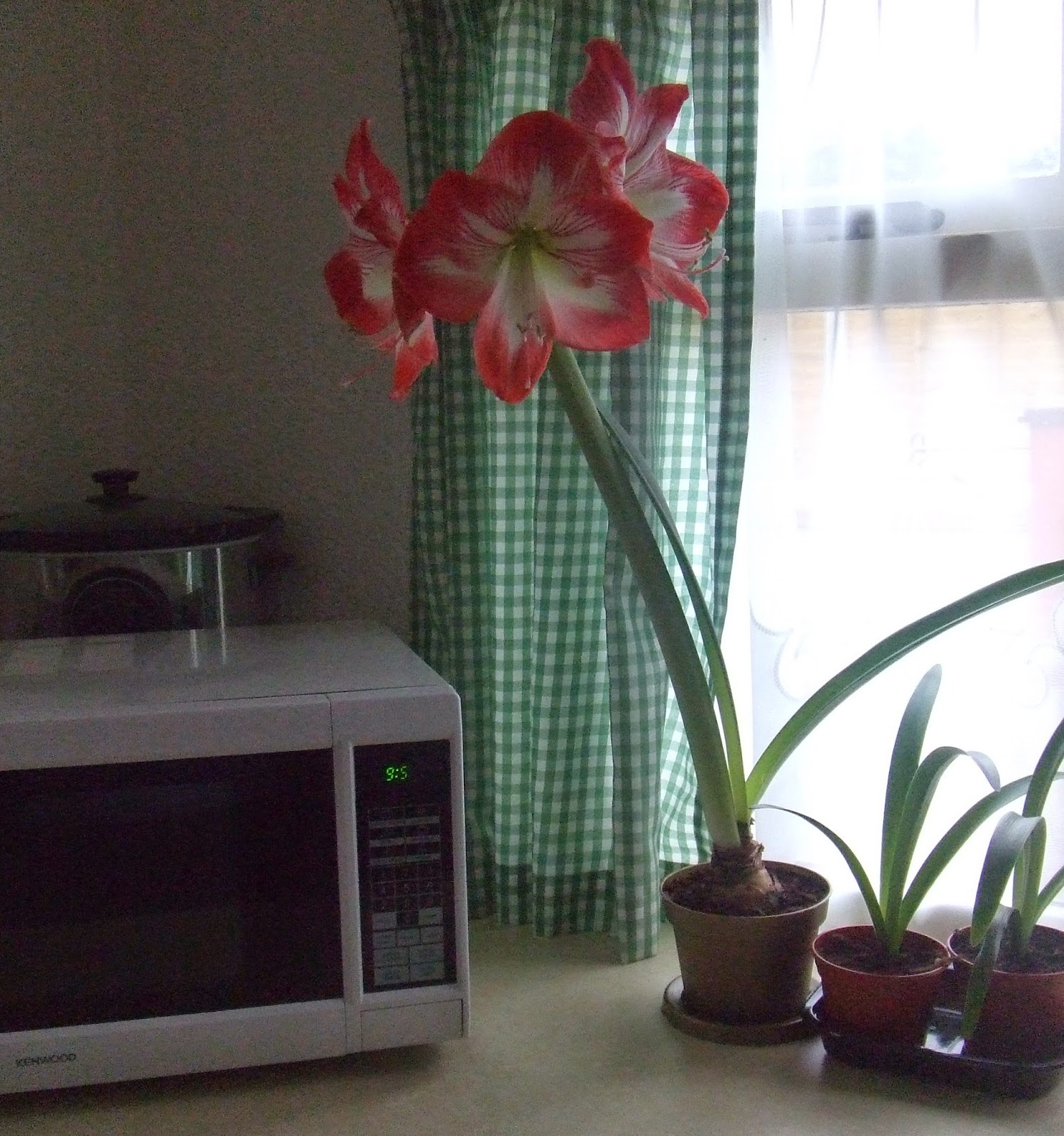 I never win anything in raffles or tombola where there is a draw from tickets that I have purchased from my small pension. But just before Christmas I did, you could have knocked me down with a feather. I was presented with a small box with a bulb in it, along with some dirt and a pot to put it in.
‘To late’ I was told!
‘Won’t flower for another year’ was the advice from all the experts in the club.
‘Put it in the pot and forget it until next autumn, somewhere dark.’
One of my so-called friends even gave me some seeds of the same species.
‘Won’t grow yet Al’, you have got to be patient with these little devils.’

John Wyndham’s “Day of the Triffids” is NOT science fiction, no more than six weeks later this bulb that won’t grow until next Autumn has taken over its own little corner of the kitchen, and I swear to you moves around at night time trying to escape outside, perhaps to take over the world. I’m a bit reluctant to get too close unless it bites me, or spits in my direction, my hand shakes a little when my tea wants a 20 second nuke’ in the microwave, can’t quite remember how they bumped off us humans.

Oh yes the seeds, well they obviously want to catch up with their big sister as you can see in the picture.